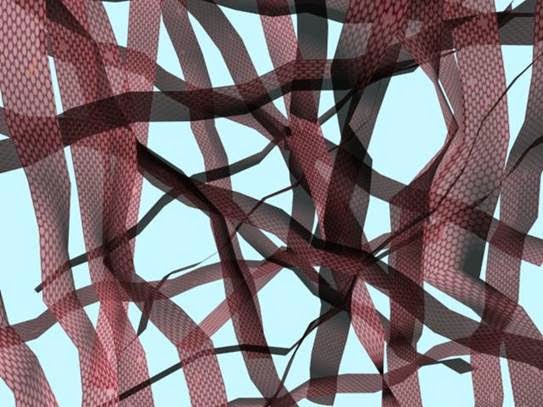 (March 2, 2015)  Graphene nanoribbons formed into a three-dimensional aerogel and enhanced with boron and nitrogen are excellent catalysts for fuel cells, even in comparison to platinum, according to Rice University researchers.

A team led by materials scientist Pulickel Ajayan and chemist James Tour made metal-free aerogels from graphene nanoribbons and various levels of boron and nitrogen to test their electrochemical properties. In tests involving half of the catalytic reaction that takes place in fuel cells, they discovered versions with about 10 percent boron and nitrogen were efficient in catalyzing what’s known as an oxygen reduction reaction, a step in producing energy from feedstocks like methanol.