Pens filled with high-tech inks for Do It Yourself sensors 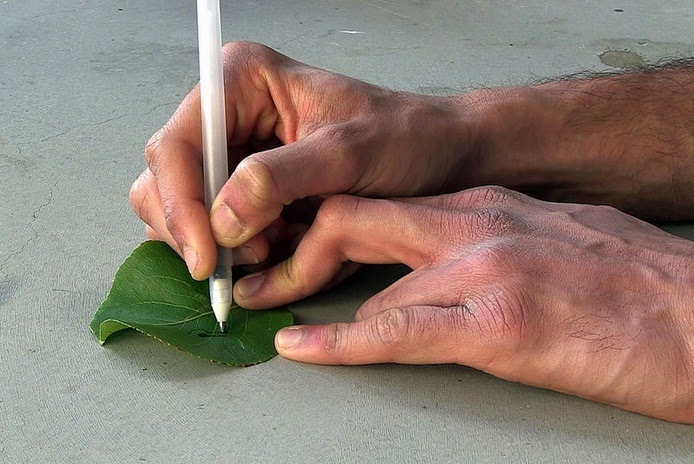 (March 2, 2015) A new simple tool developed by nanoengineers  at the University of California, San Diego, is opening the door to an era when anyone will be able to build sensors, anywhere, including physicians in the clinic, patients in their home and soldiers in the field. The team from the University of California, San Diego, developed high-tech bio-inks that react with several chemicals, including glucose. They filled off-the-shelf ballpoint pens with the inks and were able to draw sensors to measure glucose directly on the skin and sensors to measure pollution on leaves.