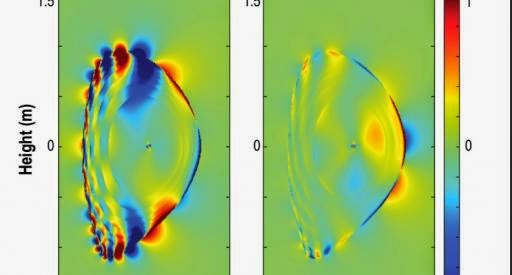 (March 13, 2015)  Researchers from General Atomics and the U.S. Department of Energy’s Princeton Plasma Physics Laboratory (PPPL) have made a major breakthrough in understanding how potentially damaging heat bursts inside a fusion reactor can be controlled. Scientists performed the experiments on the DIII-D National Fusion Facility, a tokamak operated by General Atomics in San Diego. The findings represent a key step in predicting how to control heat bursts in future fusion facilities including ITER, an international experiment under construction in France to demonstrate the feasibility of fusion energy. This work is supported by the DOE Office of Science (Fusion Energy Sciences).