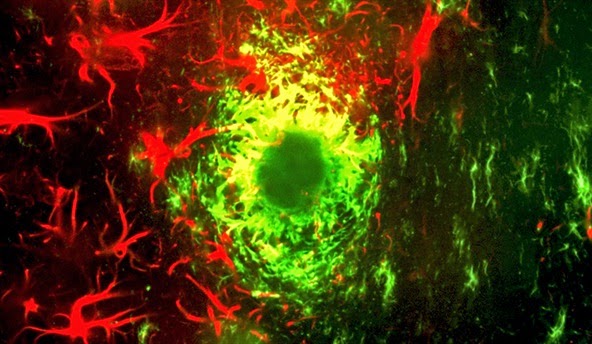 (March 31, 2015)  Memory and as well as connections between brain cells were restored in mice with a model of Alzheimer’s given an experimental cancer drug, Yale School of Medicine researchers reported in the journal Annals of Neurology.

The drug, AZD05030, developed by Astra Zeneca proved disappointing in treating solid tumors but appears to block damage triggered during the formation of amyloid-beta plaques, a hallmark of Alzheimer’s disease. The new study, funded by an innovative National Institutes of Health (NIH) program to test failed drugs on different diseases, has led to the launch of human trials to test the efficacy of AZD05030 in Alzheimer’s patients.