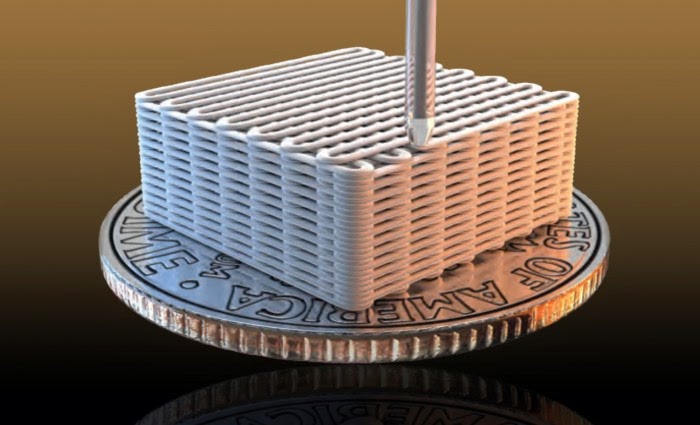 Lawrence Livermore National Laboratory researchers have made graphene aerogel microlattices with an engineered architecture via a 3D printing technique known as direct ink writing. The research appears in the April 22 edition of the journal, Nature Communications.