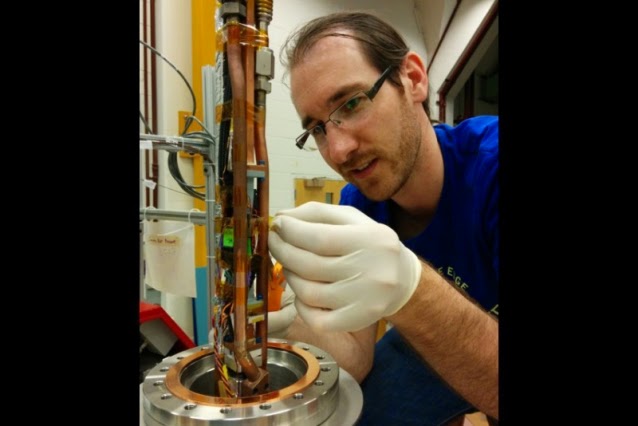 Magnet-based setup may help detect the elusive mass of neutrinos.

(April 21, 2015)  MIT physicists have developed a new tabletop particle detector that is able to identify single electrons in a radioactive gas.

As the gas decays and gives off electrons, the detector uses a magnet to trap them in a magnetic bottle. A radio antenna then picks up very weak signals emitted by the electrons, which can be used to map the electrons’ precise activity over several milliseconds.