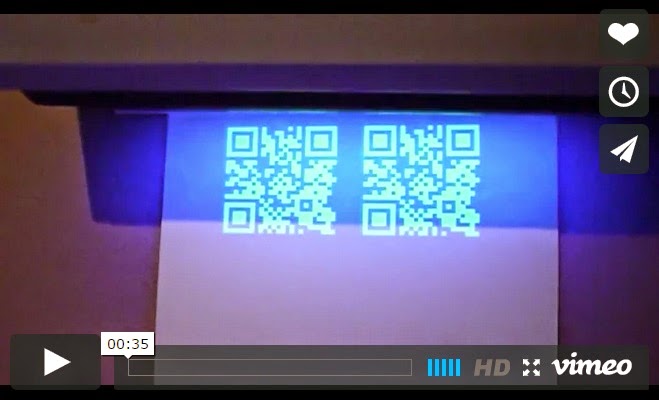 (April 22, 2015)  Real or counterfeit? Northwestern University scientists have invented sophisticated fluorescent inks that one day could be used as multicolored barcodes for consumers to authenticate products that are often counterfeited. Snap a photo with your smartphone, and it will tell you if the item is real and worth your money.

Counterfeiting is very big business worldwide, with $650 billion per year lost globally, according to the International Chamber of Commerce. The new fluorescent inks give manufacturers and consumers an authentication tool that would be very difficult for counterfeiters to mimic.