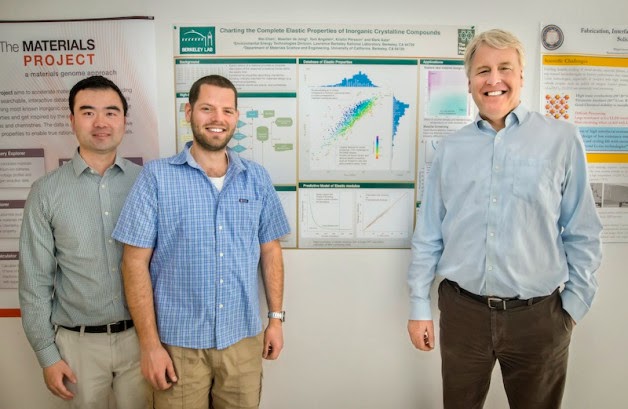 (April 6, 2015)  Scientists at the Department of Energy’s Lawrence Berkeley National Laboratory (Berkeley Lab) have published the world’s largest set of data on the complete elastic properties of inorganic compounds, increasing by an order of magnitude the number of compounds for which such data exists.

This new data set is expected to be a boon to materials scientists working on developing new materials where mechanical properties are important, such as for hard coatings, or stiff materials for cars and airplanes. While there is previously published experimental data for approximately a few hundred inorganic compounds, Berkeley Lab scientists, using the infrastructure of the Materials Project, have calculated the complete elastic properties for 1,181 inorganic compounds, with dozens more being added every week.