Is the Universe a Hologram? 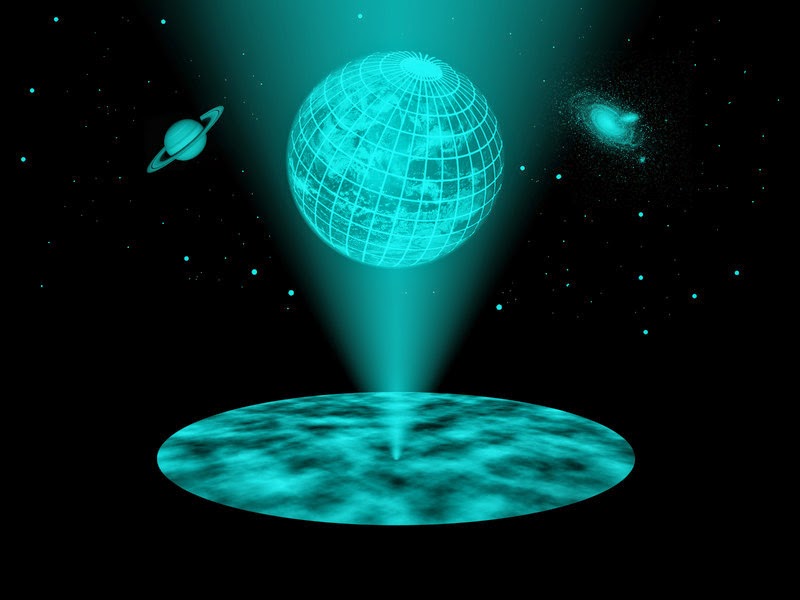 (April 27, 2015)  Describing the universe requires fewer dimensions than we might think. New calculations show that this may not just be a mathematical trick, but a fundamental feature of space itself.

At first glance, there is not the slightest doubt: to us, the universe looks three dimensional. But one of the most fruitful theories of theoretical physics in the last two decades is challenging this assumption. The "holographic principle” asserts that a mathematical description of the universe actually requires one fewer dimension than it seems. What we perceive as three dimensional may just be the image of two dimensional processes on a huge cosmic horizon.