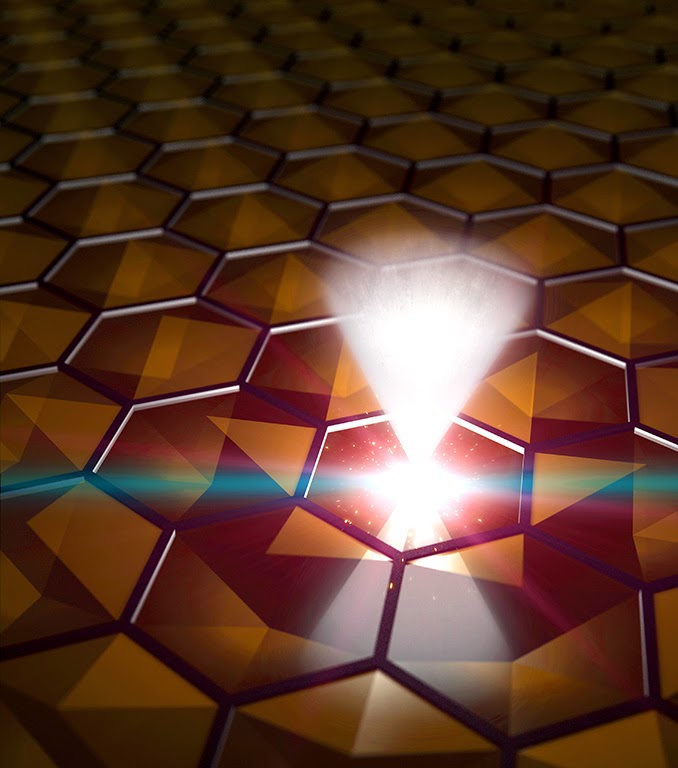 (April 21, 2015)  Electrons were observed to travel in a solid at an unusually high velocity, which remained the same independent of the electron energy. This anomalous light-like behavior is found in special two-dimensional materials, such as graphene, but is now realized in a three-dimensional bulk material. High-resolution angle-resolved electron spectroscopy, stimulated by synchrotron x-ray radiation, was used to substantiate the theoretically predicted exotic electron structure.