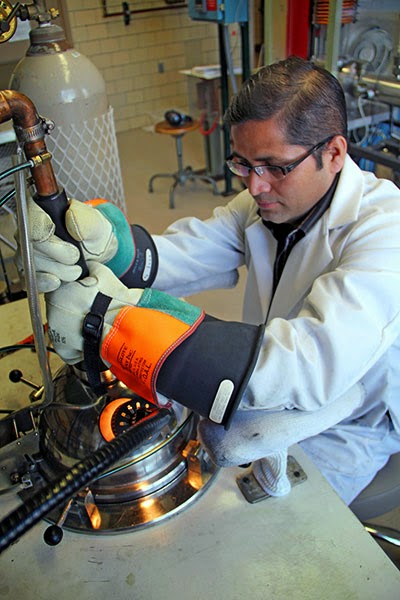 (April 25, 2015) Karl A. Gschneidner and fellow scientists at the U.S. Department of Energy’s Ames Laboratory have created a new magnetic alloy that is an alternative to traditional rare-earth permanent magnets.

The new alloy—a potential replacement for high-performance permanent magnets found in automobile engines and wind turbines--eliminates the use of one of the scarcest and costliest rare earth elements, dysprosium, and instead uses cerium, the most abundant rare earth