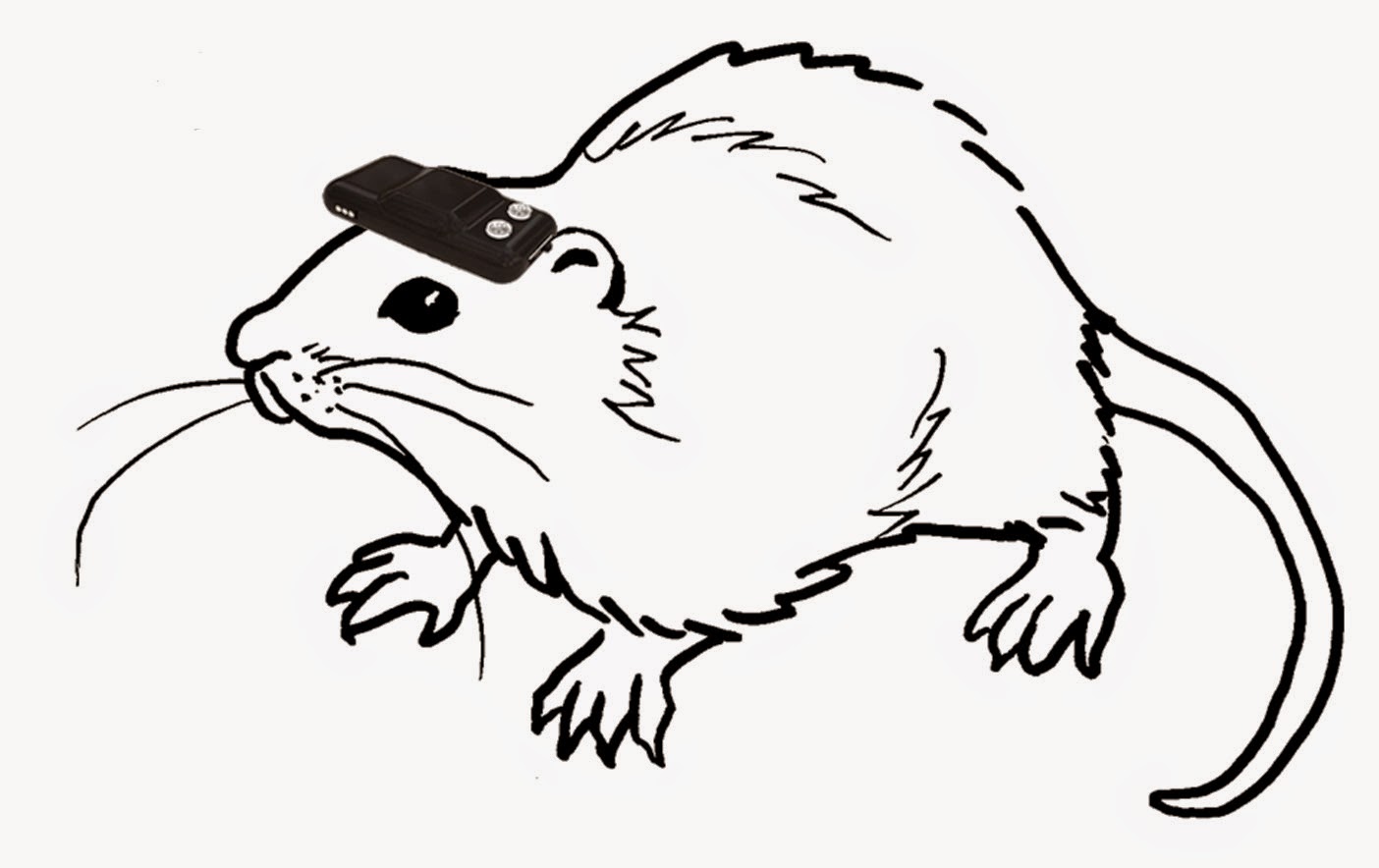 CAPTION: This is an illustration of a rat wearing the geomagnetic device.
CREDIT: Norimoto and Ikegaya

(April 4, 2015)  Allocentric sense is one of the major components that underlie spatial navigation. In blind patients, the difficulty in spatial exploration is attributed, at least partly, to the deficit of absolute direction perception. In support of this notion, we announce that blind adult rats can perform spatial tasks normally when externally provided with real-time feedback of their head directions. Head-mountable microstimulators coupled with a digital geomagnetic compass were bilaterally implanted in the primary visual cortex of adult rats whose eyelids had been sutured. These “blind” rats were trained to seek food pellets in a T-shaped maze or a more complicated maze.