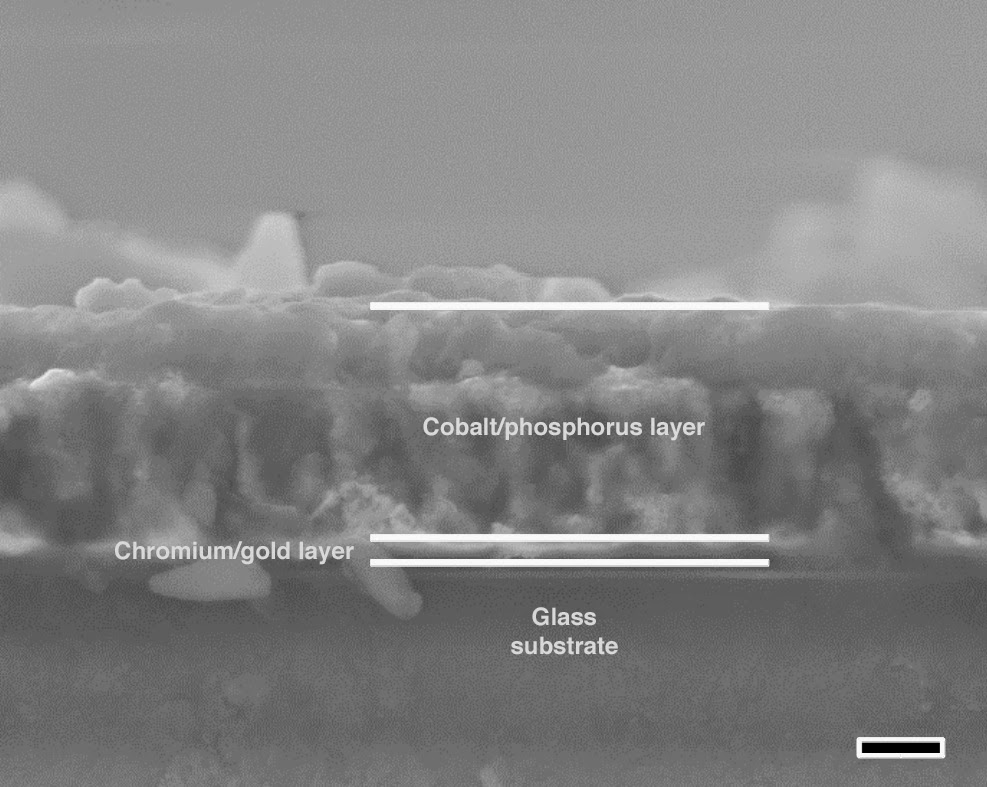 Rice University discovery is efficient, robust at drawing hydrogen and oxygen from water

(April 15, 2015)  A cobalt-based thin film serves double duty as a new catalyst that produces both hydrogen and oxygen from water to feed fuel cells, according to scientists at Rice University.

The inexpensive, highly porous material invented by the Rice lab of chemist James Tour may have advantages as a catalyst for the production of hydrogen via water electrolysis. A single film far thinner than a hair can be used as both the anode and cathode in an electrolysis device.