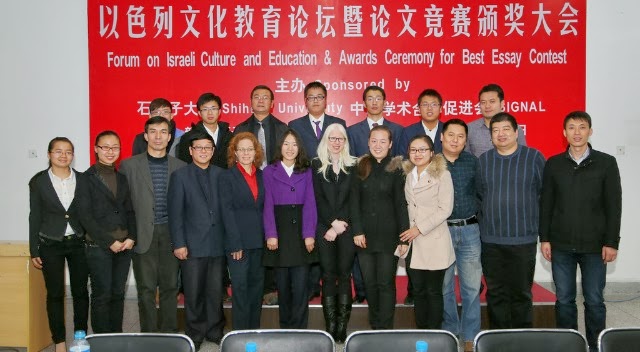 Growing partnerships abound in manufacturing, telecom, agriculture, biotech, alternative energy and even in academia and the arts.

Earlier this year, actors and support crew took the 12-hour flight from Beijing to Tel Aviv to make the first Chinese feature film in Israel — a romantic comedy shot in locations including Jerusalem, Tel Aviv and the Dead Sea.

The Tourism Ministry, which facilitated the shoot, predicts the number of Chinese tourists will reach a record 28,000 this year. But ties between these two Asian countries — one with a population of eight million, the other 1.3 billion – go way beyond tourism.

Israeli-Chinese partnerships in business, academia and culture have rapidly grown since the countries established diplomatic relations in 1992.