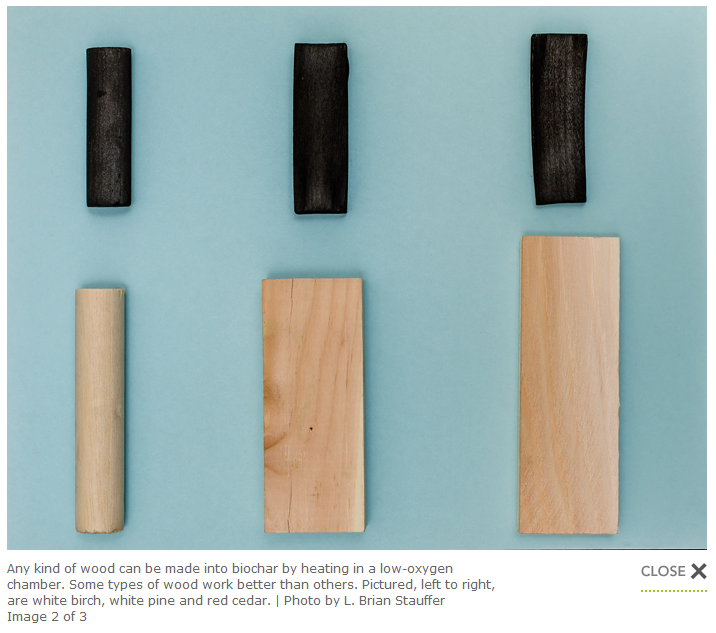 Researchers report that wood-biochar supercapacitors can produce as much power as today’s activated-carbon supercapacitors at a fraction of the cost – and with environmentally friendly byproducts.

The report appears in the journal Electrochimica Acta.

“Supercapacitors are power devices very similar to our batteries,” said study leader Junhua Jiang, a senior research engineer at the Illinois Sustainable Technology Center at the University of Illinois. While batteries rely on chemical reactions to produce sustained electrical energy, supercapacitors collect charged ions on their electrodes (in this case, the biochar), and quickly release those ions during discharge. This allows them to supply energy in short, powerful bursts – during a camera flash, for example, or in response to peak demand on the energy grid, Jiang said.