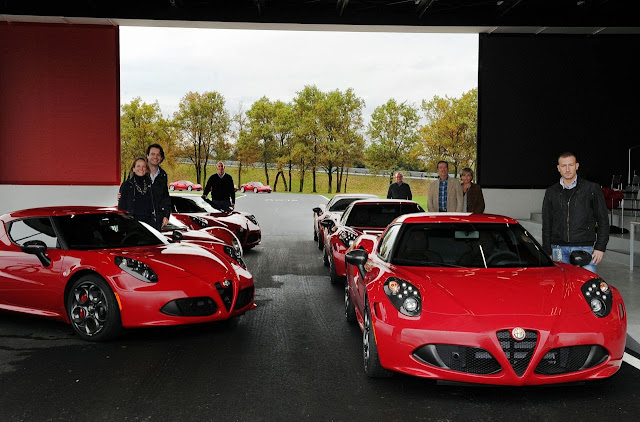 * The numbered limited edition of 500 cars in Europe, the 'Launch Edition', offers exclusive features such as carbon fibre trims or the matt 'Carrara White' body colour
* Official ceremony for the first five customers coming from Switzerland, France, Germany, the Netherlands and Italy
* They were also given an exclusive driving experience with Alfa Romeo test drivers to test the racing spirit of the new Alfa Romeo supercar in its ideal environment: the track
* Guest of honour at the event was driver Nicola Larini, who received a trophy for the 20th anniversary of the DTM victory behind the wheel of the Alfa Romeo 155 V6 Ti
* The driver treated the five 4C 'Launch Edition' owners to thrilling laps around the track