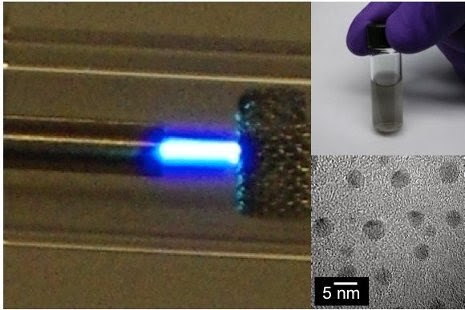 Diamonds, usually forged in overwhelming heat and pressure miles deep in the Earth’s mantle, have now been made at atmospheric pressure and 100 degrees Celcius—the boiling point of water.

No one will be wearing these diamonds on their ring finger, however. They are nanodiamonds, just two or three nanometers across, invisible to all but electron microscopes. But their properties could be as alluring as crown jewels. Unlike the other form of carbon, graphite, diamond is a semiconductor, similar to silicon, which is the dominant material in the electronics industry, and gallium arsenide, which is used in lasers and other optical devices.