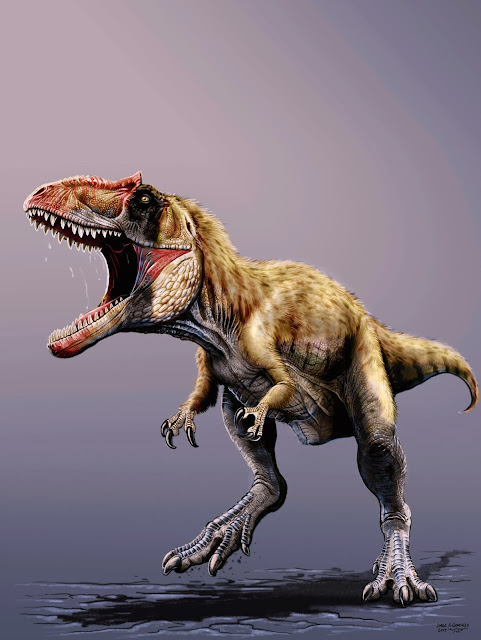 A new species of carnivorous dinosaur – one of the three largest ever discovered in North America – lived alongside and competed with small-bodied tyrannosaurs 98 million years ago. This newly discovered species, Siats meekerorum, (pronounced see-atch) was the apex predator of its time, and kept tyrannosaurs from assuming top predator roles for millions of years.