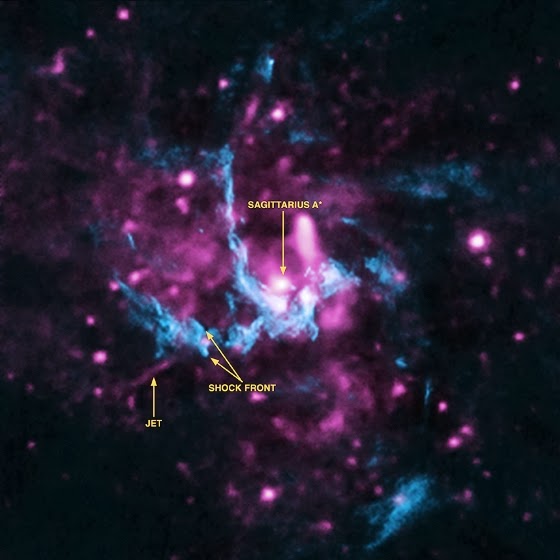 For decades, astronomers have sought strong evidence that the supermassive black hole at the center of our Milky Way galaxy is producing a jet of high-energy particles. Based on new results from NASA's Chandra X-ray Observatory and the National Science Foundation's Very Large Array radio telescope, they now have it.

Previous studies that used a variety of telescopes suggested there was a jet, but these reports, including the orientation of the suspected jets, often contradicted one another and were not considered definitive.