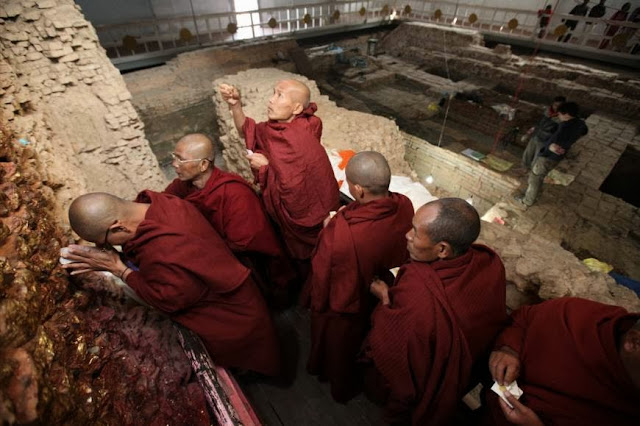 The discovery of a previously unknown wooden structure at the place of the Buddha’s birth suggests the sage might have lived in the 6th century B.C. — two centuries earlier than thought — archeologists said Monday.

Traces of what appears to have been an ancient timber shrine were found under a brick temple that is itself within Buddhism’s sacred Maya Devi Temple at Lumbini, southern Nepal, near the Indian border.