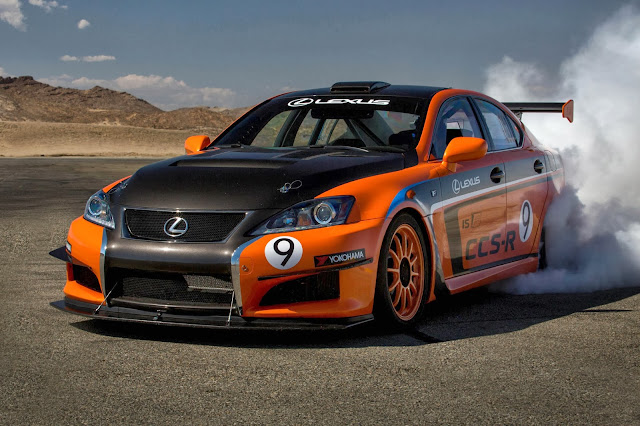 Lexus gives new meaning to the phrase “driving in to the sunset” with its first-ever participation in the 2013 National Auto Sport Association (NASA) 25-Hours of Thunderhill™ race in Willows, Calif. A team of three professional drivers will pilot the experienced IS F CCS-R race car for the duration of the endurance race which takes place Dec. 7-8. The race, held annually at Thunderhill Raceway Park, is considered the longest endurance road race in North America.
The Lexus Thunderhill team includes: