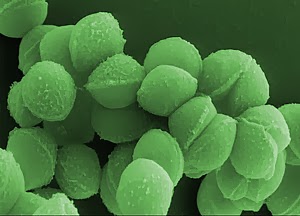 Researchers from Braunschweig describe new possibilities of the CRISPR-Cas-system

Viruses cannot only cause illnesses in humans, they also infect bacteria. Those protect themselves with a kind of ‘immune system’ which – simply put – consists of specific sequences in the genetic material of the bacteria and a suitable enzyme. It detects foreign DNA, which may originate from a virus, cuts it up and thus makes the invaders harmless. Scientists from the Helmholtz Centre for Infection Research (HZI) in Braunschweig have now shown that the dual-RNA guided enzyme Cas9 which is involved in the process has developed independently in various strains of bacteria. This enhances the potential of exploiting the bacterial immune system for genome engineering.