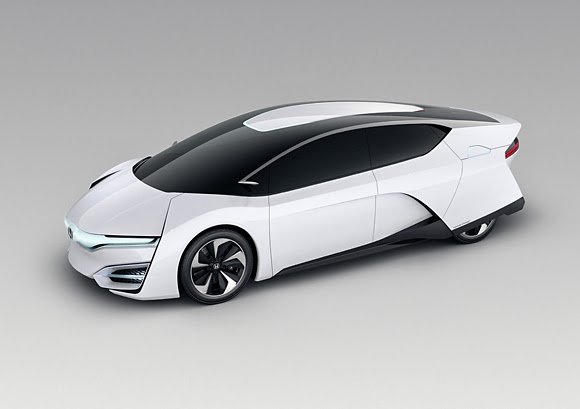 The sleekly styled Honda FCEV Concept, made its world debut at the Los Angeles International Auto Show. The concept expresses a potential styling direction for Honda's next-generation fuel-cell vehicle anticipated to launch in the U.S. and Japan in 2015, followed by Europe.