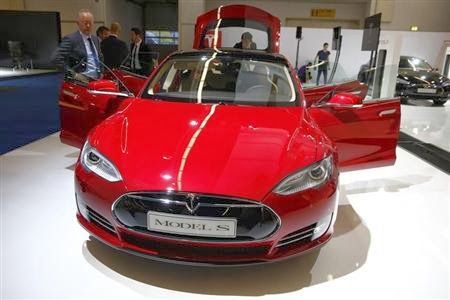 Tesla shares fell in premarket trading on Tuesday following the news but they were up 3.5 percent in early-afternoon dealings.

The U.S. National Highway Traffic Safety Administration has opened a preliminary evaluation of the risks associated with highway debris striking the underbody of the 2013 Model S, the agency said on its website on Tuesday. (r.reuters.com/cys74v)