IceCube provides proof of neutrinos from the cosmos 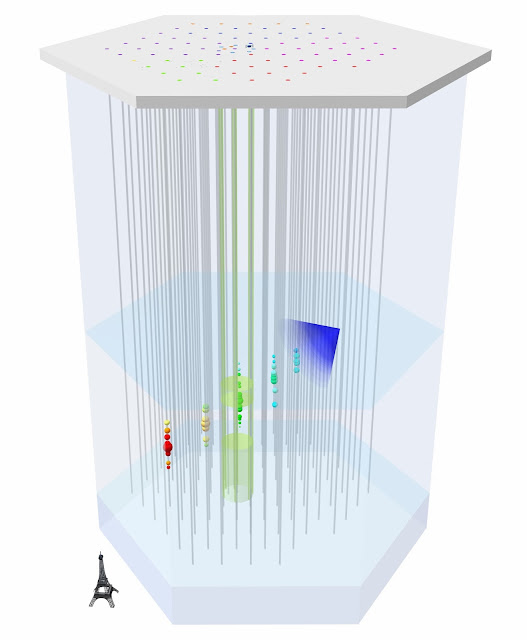 The IceCube Neutrino Observatory at the South Pole was the first to discover ultrahigh-energy neutrinos which most likely were the result of cosmic acceleration in outer space. "After more than a decade of intense searching, we can now announce that we have found neutrinos that were very probably generated in the vast expanses of outer space", reported Professor Lutz Köpke of Johannes Gutenberg University Mainz (JGU). Neutrinos are electrically neutral particles with tiny mass. High-energy neutrinos may be generated in the proximity of black holes and are subsequently accelerated to acquire their extraordinary energies. They can then travel through space almost completely unhindered. On the downside, they are very difficult to detect. The IceCube experiment has now found 28 neutrinos with energy greater than 50 tera-electron volts (TeV) all of which landed in the Antarctic ice between May 2010 and May 2012. "This discovery was one of the key objectives of the IceCube experiment. It is fantastic that we have now reached this milestone, and in a way it is a relief as well," said Köpke, who has been searching for astrophysical neutrinos for more than 13 years and served as an internal reviewer as the final analysis was scrutinized.