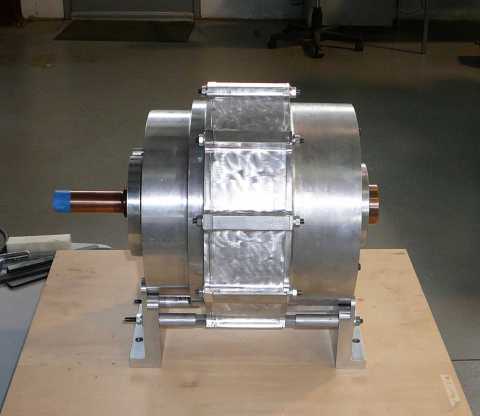 *  GE prototype delivers higher power density, acceleration, and energy efficiency in a smaller frame at a lower cost
*  Motor extends the range of electric vehicles and reduces fuel consumption on hybrids
*  Motor has almost twice the temperature tolerance of conventional hybrid-electric motors and does not require a separate cooling system

(July 27, 2012)  Engineers at GE Global Research are advancing motor technology that could have a substantial impact on hybrid and electric vehicles (EVs) of the future.

GE recently tested a prototype Interior Permanent Magnet traction motor, developed as part of a $5.6MM U.S. Dept. of Energy (DoE) project, that could help extend the range EVs and hybrids can travel before recharging or needing gasoline. Traction motors are the key part of the propulsion system that converts electrical energy into motion to drive hybrid and electric vehicles. Not only is the GE-designed motor less costly to make, lab testing revealed that it is more powerful and more efficient than what is on the market today. Combined, the additional power output and efficiency will help extend the range of EVs and delay the point at which hybrids switch to gasoline.