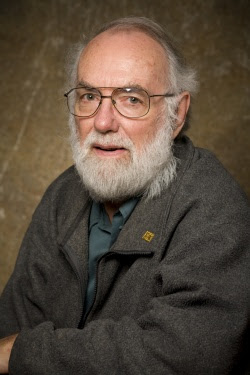 (July 25, 2012)  Establishing protection over a swath of land seems like a good way to conserve its species and its ecosystems. But in a new study, University of Pennsylvania biologist Daniel Janzen joins more than 200 colleagues to report that protected areas are still vulnerable to damaging encroachment, and many are suffering from biodiversity loss.


“If you put a boundary around a piece of land and install some bored park guards and that’s all you do, the park will eventually die,” said Janzen, DiMaura Professor of Conservation Biology in Penn’s Department of Biology. “It’s death from a thousand cuts.”

The international team of researchers, led by William Laurance of Australia’s James Cook University, conducted 262 interviews of field biologists and environmental scientists who had extensive experience working in tropical forest reserves. In all, the interviews incorporated results from 60 protected areas in 36 countries.

The researchers constructed questions to determine how the biological health of the protected areas had changed over the last two to three decades. Some queries dealt with the status of wildlife in the areas: Had large mammal or amphibian populations increased or decreased over that time period? Others asked about changes in environmental pressures: Were fires more frequent or had automobile traffic expanded?