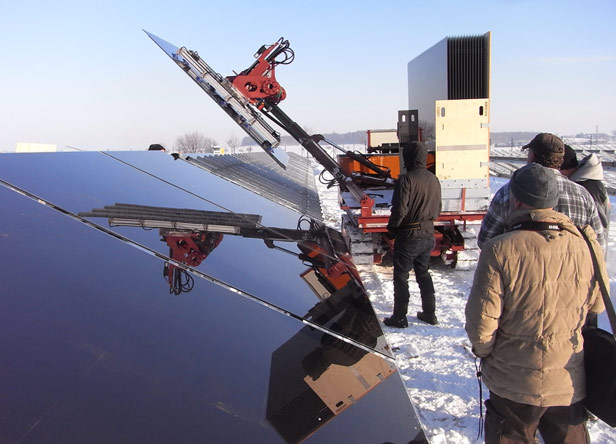 As the price of solar panels has plummeted, the amount of solar power being generated worldwide is soaring. Yet solar still accounts for less than 2 percent of the world's total electricity capacity. And small wonder. Each square meter of solar panel generates around 145 watts of electrical power, enough to turn on just two or three light bulbs.