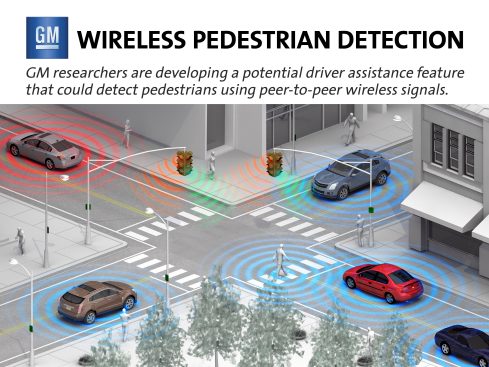 (July 28, 2016)  General Motors researchers are developing a promising driver assistance feature potentially capable of detecting pedestrians and bicyclists on congested streets or in poor visibility conditions before the driver notices them.


The feature relies on Wi-Fi Direct, the peer-to-peer wireless standard that allows devices like some smartphones to communicate directly with each other rather than through a shared access point like a cell phone tower.

The automaker also is looking to develop a complementary app for Wi-Fi Direct-capable smartphones that can be downloaded by frequent road users such as “bike messenger” or “construction worker” that will help Wi-Fi Direct-equipped vehicles identify them.