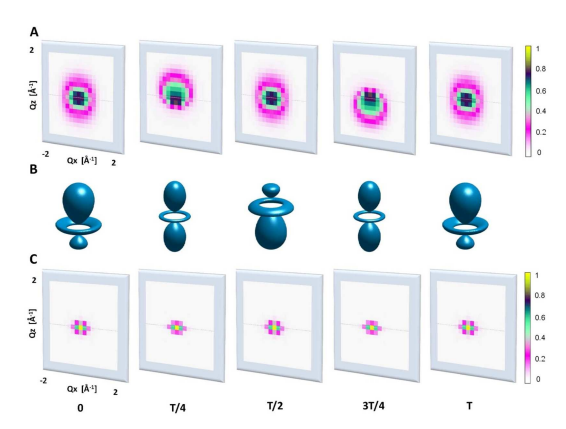 (July 25, 2012) Physicists say they've worked out how to video the quantum motion of an electron as it moves around a hydrogen atom, a step that has important implications for our understanding of biomolecules

For decades, physicists have studied the way an electron ought to bind to a proton, the simplest atomic system. The fascinating patterns of hydrogen orbitals that form at different energy levels are static objects, calculated by detailed computer modelling. They are snapshots of hydrogen atoms frozen in time.


But the most advanced computer models can also calculate what hydrogen atoms look like as they switch from one state to another, how the orbitals change shape, how they combine and superpose. The results are videos of hydrogen orbitals in motion–quantum movement.

But all that is just theory. Nobody knows what hydrogen atoms look like in practice because it’s impossible to photograph electrons with light, let alone make movies of them in action. Right?