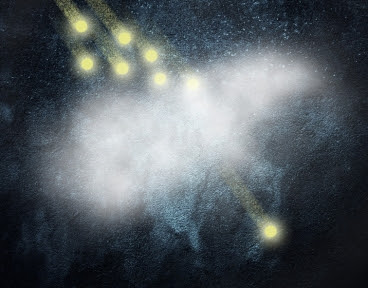 (July 25, 2012)  In theory, quantum computers should be able to perform certain kinds of complex calculations much faster than conventional computers, and quantum-based communication could be invulnerable to eavesdropping. But producing quantum components for real-world devices has proved to be fraught with daunting challenges.


Now, a team of researchers at MIT and Harvard University has achieved a crucial long-term goal of such efforts: the ability to convert a laser beam into a stream of single photons, or particles of light, in a controlled way. The successful demonstration of this achievement is detailed in a paper published this week in the journal Nature by MIT doctoral student Thibault Peyronel and colleagues.

Senior author Vladan Vuletić, the Lester Wolfe Professor of Physics at MIT, says the achievement “could enable new quantum devices” such as quantum gates, where a single photon switches the direction of travel or polarization of another photon. This goal has been very hard to attain, Vuletić explains, because photons ordinarily interact, at best, only very weakly with one another.

Encouraging such interactions requires atoms that interact strongly with photons — as well as with other atoms that, in turn, can affect other photons. For example, a single photon traveling through a cloud of such atoms might pass through easily, but change the state of the atoms so that a second photon is blocked when it tries to pass through. That means that if two photons try to pass through at once, only one will succeed, while the other is absorbed.