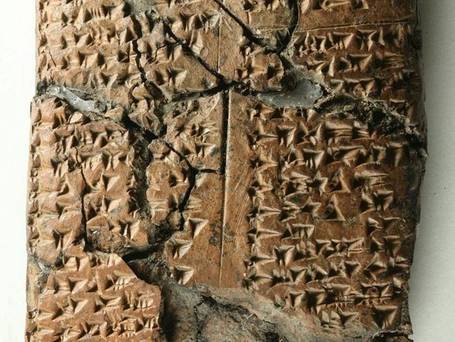 Archaeologists have discovered evidence for a previously unknown ancient language – buried in the ruins of a 2800 year old Middle Eastern palace.

The discovery is important because it may help reveal the ethnic and cultural origins of some of history’s first ‘barbarians’ – mountain tribes which had, in previous millennia, preyed on the world’s first great civilizations,  the cultures of early Mesopotamia in what is now Iraq.

Evidence of the long-lost language - probably spoken by a hitherto unknown people from the Zagros Mountains of western Iran – was found by a Cambridge University archaeologist as he deciphered an ancient clay writing tablet unearthed by an international archaeological team excavating an Assyrian imperial governors’ palace in the ancient city of Tushan, south-east Turkey.