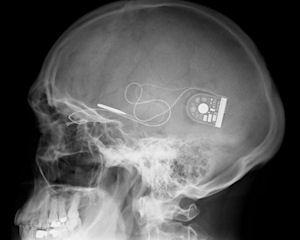 (May 4, 2012)  Surgeons in Oxford are the first in the UK to successfully implant an electronic retina into the back of an eye.

On 22 March 2012, Chris James became the first patient in the UK to receive this ground-breaking surgery as part of a clinical trial being carried out at John Radcliffe Hospital and King's College Hospital in London.

Both patients were able to detect light immediately after the electronic retinas were switched on, and are now beginning to experience some restoration of useful vision. Further operations are now planned for other suitable patients.