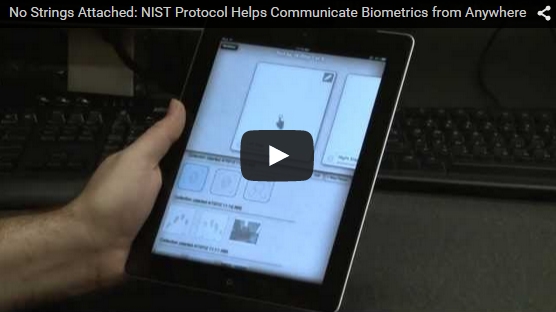 Researchers at the National Institute of Standards and Technology (NIST) have developed and published a new protocol for communicating with biometric sensors over wired and wireless networks—using some of the same technologies that underpin the web.

The WS-Biometric Devices protocol will greatly simplify setting up and maintaining secure biometric systems for verifying identity because such biometric systems will be easier to assemble with interoperable components compared to current biometrics systems that generally have proprietary device-specific drivers and cables. WS-BD enables interoperability by adding a device-independent web-services layer in the communication protocol between biometric devices and systems.