CLUB OF ROME HAS A SKEPTICAL TAKE ON THE FUTURE 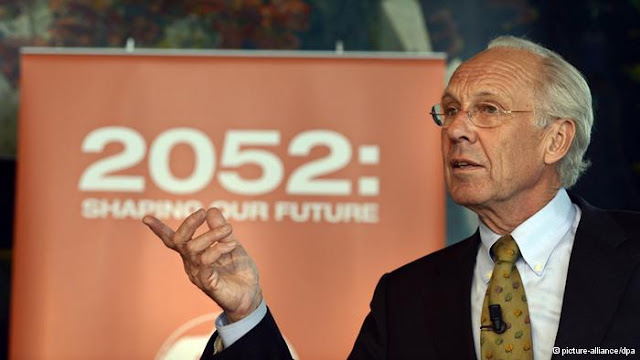 Club of Rome has a skeptical take on the future

(May 9, 2012)  Fourty years ago, the Club of Rome released "The limits of growth." Now, it has released another look into the future. But how accurate are such predictions?

In its latest publication "2052 – a Global Forecast for the Next Forty Years," the Club of Rome takes a bold look into the future. The 66 scientists and economists that make up the club predict - similarly to their first report ("The limits of growth") in 1972 - that the current economic development could soon tip over.

But differing from their view back then, they now put climate change at the heart of their study. Their prognosis is mainly influenced by the assumption that a warming of more than 2.5 degrees Celsius is likely: There will be more floods, draughts and climate extremes.

The use of fossile energy is still on the rise. The goal to keep the global temperature rise under 2 percent will probably not be reached, the report concludes. It won't be before 2030 that a reduction of CO2 emissions would be realized and even that would only work if governments continue pushing for a move away from fossil fuels.