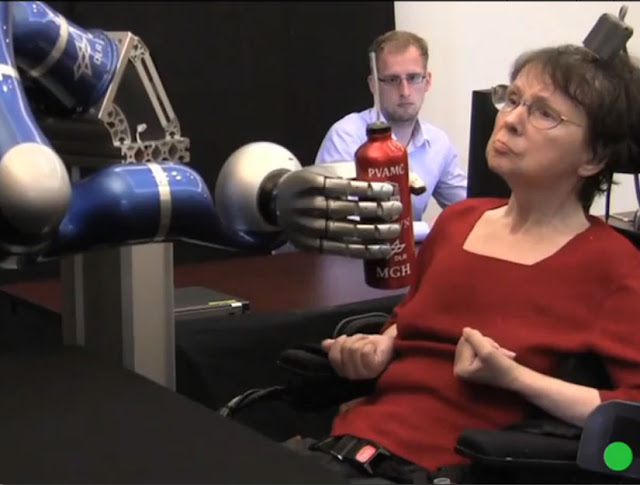 People with tetraplegia use their thoughts to control robotic aids.

(May 16, 2012)  Two people who are unable to move their limbs have been able to guide a robot arm to reach and grasp objects using only their brain activity, a paper in Nature reports today1.

The study participants — known as Cathy and Bob — had had strokes that damaged their brain stems and left them with tetraplegia and unable to speak. Neurosurgeons implanted tiny recording devices containing almost 100 hair-thin electrodes in the motor cortex of their brains, to record the neuronal signals associated with intention to move.

In a trial filmed in April last year and presented with the paper, Cathy, who had her stroke 15 years ago and received the implants in 2005, used her thoughts to steer a robot arm to grasp a bottle of coffee and lift it to her lips. She drank and smiled.