Back to the 70s with Mr. Bean’s classic Mini. 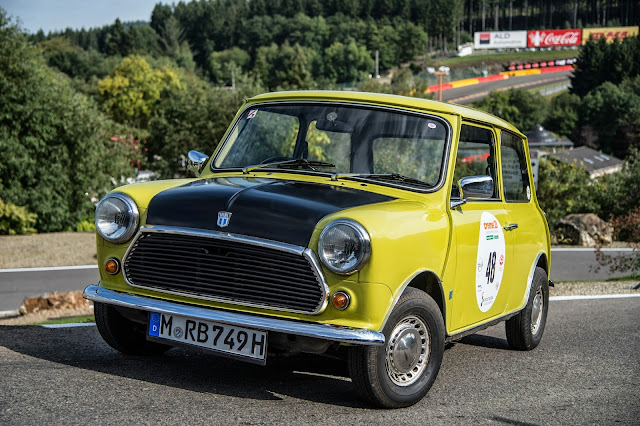 Automotive legends from the 1970s and 1980s will line up for the start of the twelfth 'Creme 21 Youngtimer Rally' in Spa, Belgium on 25 September 2013. Taking central stage will be BMW Group Classic’s classic Mini Mark III, conspicuous not just because of its vibrant 'Citron' yellow paintwork but also because of its colourful TV history. It is one of the classic Minis driven by actor and car enthusiast Rowan Atkinson in his role as Mr. Bean in the British comedy series of the same name.

The participating Mini was built in 1974, but it wasn’t until the 1990s it became famous as a central character in the Mr. Bean series. A total of 14 episodes of the series were filmed between 1989 and 1995, in which the character played by Atkinson had several comic adventures and near misses behind the wheel of his distinctive black-bonneted yellow Mini.