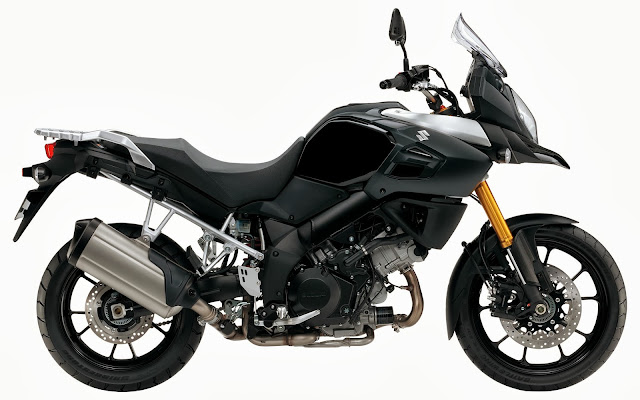 Suzuki Motor Corporation has introduced new overseas motorcycle models for 2014 during the 36th Le Mans 24-hours endurance race (24 Heures Moto), which was held at the Bugatti Circuit, located near Le Mans, France from 21 to 22 September, 2013.

The V-Storm 1000 ABS is a production model based on a concept model exhibited at the INTERMOT International Motorcycle, Scooter and Bicycle Fair held in Cologne, Germany in October 2012. The styling design of the V-Strom 1000 ABS is inspired by the 1988 DR750S, Suzuki’s first big on/off-road machine. It was developed to offer some of the best parts of the Sport Adventure Tourer such as the versatility, the fun of riding, and comfortable long distance travel.