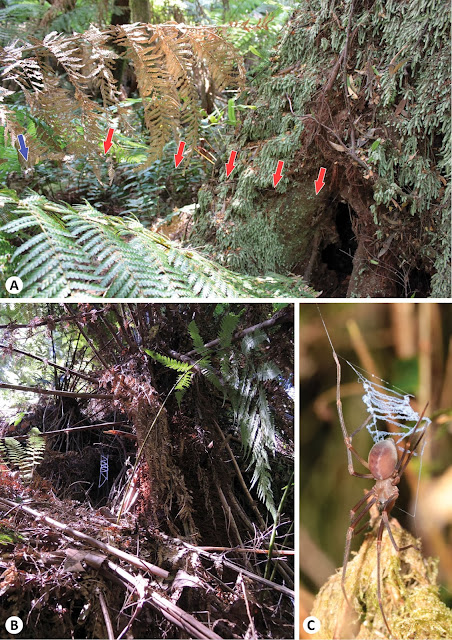 The recently described cribellate gradungulid Progradungula otwayensis Milledge, 1997 is endemic to the Great Otway National Park (Victoria, Australia) and known from only one male and a few juvenile specimens. In a recent survey we recorded 47 specimens at several localities across the western part of the Great Otway National park. Our field data suggest that this species is dependant on the microclimate in the hollows of old myrtle beech trees since other hollow trees were very much less inhabited. Furthermore, we describe the female for the first time and study the male palpal organ by using X-ray microtomography. The female genitalia are characterized by eight spermathecae which are grouped in two quartets. The spermophor resembles the general organization of gradungulids, but is similar to Kaiya Gray, 1987 by a convoluted appearance within the embolus. The muscle 30 is located in the cymbium and resembles the organization of other non-entelegyne Araneomorphae.