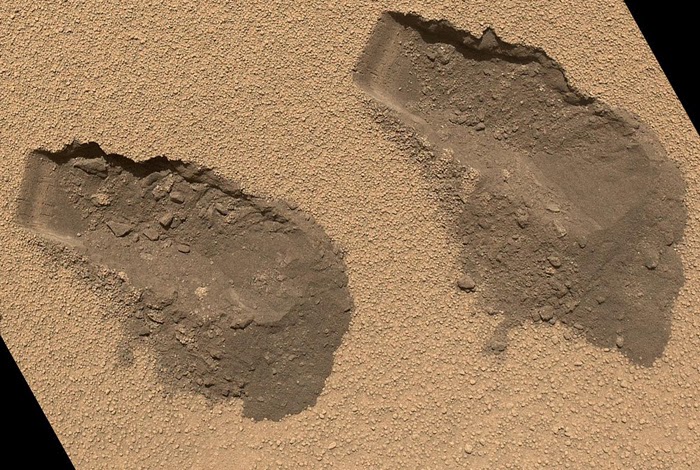 Within its first three months on Mars, NASA’s Curiosity Rover saw a surprising diversity of soils and sediments along a half-kilometer route that tell a complex story about the gradual desiccation of the Red Planet.

Perhaps most notable among findings from the ChemCam team is that all of the dust and fine soil contains small amounts of water.