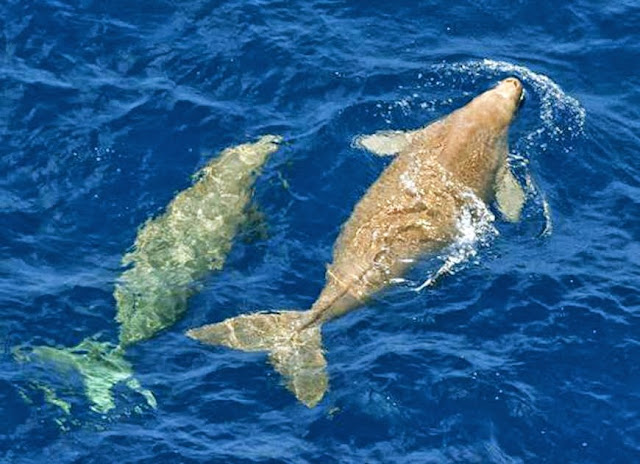 Dugongs, an endangered marine species, in 2012 were inhabiting the reclamation site in Okinawa chosen for the relocation of the U.S. Futenma base, the first time their presence has been confirmed there in three years, a survey by the Okinawa Defense Bureau revealed Saturday.

Only a small number of dugongs live in waters near the Japanese archipelago. But a survey report obtained by Kyodo News through a freedom of information request confirmed seaweed had been eaten by dugongs at the planned reclamation site between April and June last year.