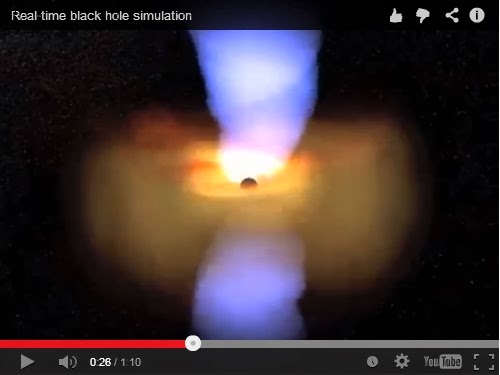 Two million years ago a supermassive black hole at the heart of our galaxy erupted in an explosion so immensely powerful that it lit up a cloud 200,000 light years away, a team of researchers led by the University of Sydney has revealed.

The finding is an exciting confirmation that black holes can 'flicker', moving from maximum power to switching off over, in cosmic terms, short periods of time.

"For 20 years astronomers have suspected that such a significant outburst occurred, but now we know when this sleeping dragon, four million times the mass of the sun, awoke and breathed fire with 100 million times the power it has today," said Professor Joss Bland-Hawthorn, lead author of an article on the research to be published in The Astrophysical Journal, from the University's School of Physics.