A big victory for the small car: 50 years ago the classic Mini won the Monte Carlo Rally for the first time. 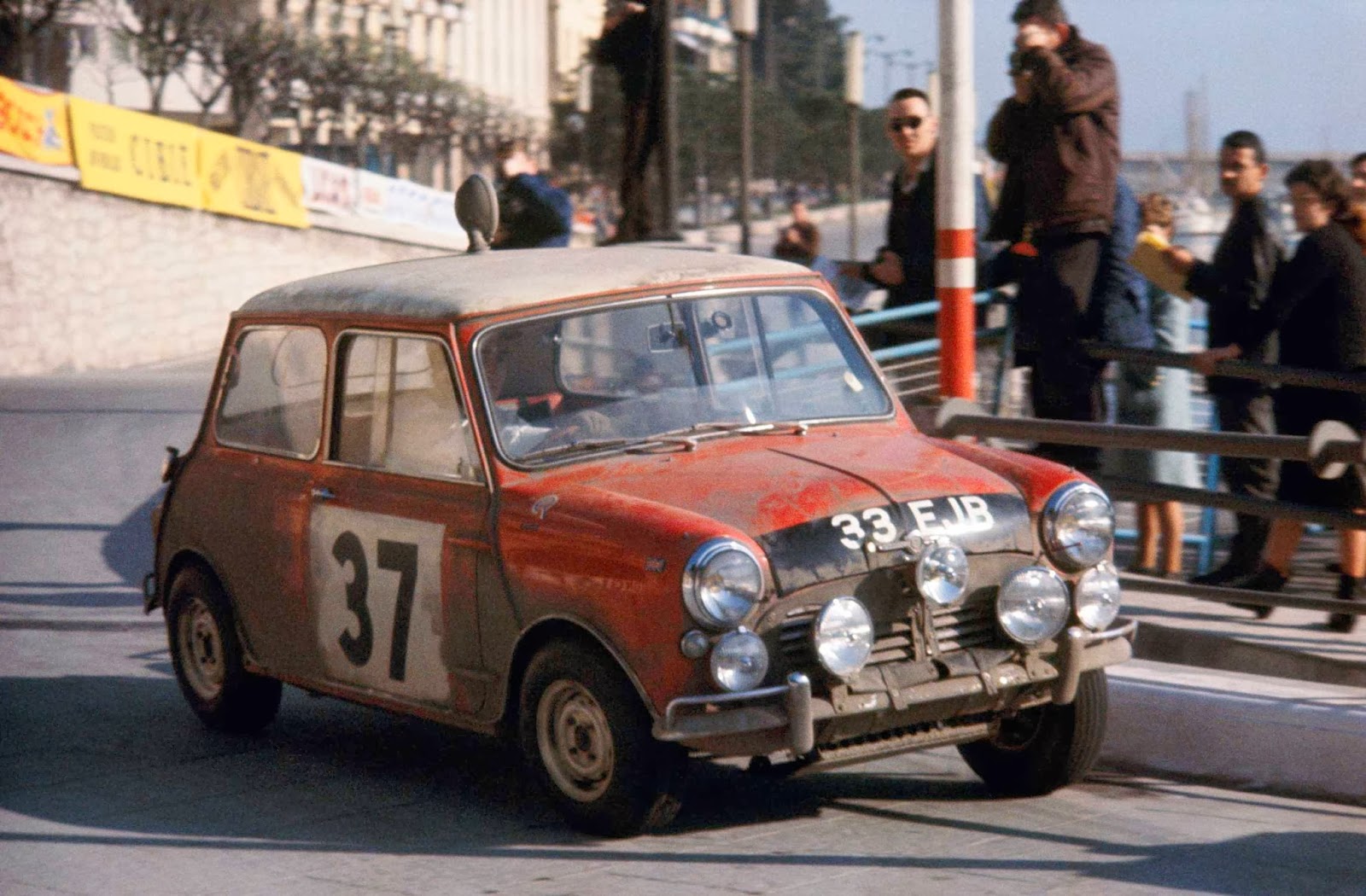 A big victory for the small car: 50 years ago the classic Mini won the Monte Carlo Rally for the first time. Paddy Hopkirk made the one-off British small car a motor sport legend in January 1964 – Timo Mäkinen and Rauno Aaltonen repeated the triumph in 1965 and 1967.

Small car, huge win: it is now 50 years since one of the most spectacular victories in the history of international motor sport. On 21 January 1964, the Mini Cooper S won the Monte Carlo Rally for the first time. It was the pairing of Northern Ireland’s Patrick (“Paddy”) Hopkirk and his co-driver Henry Liddon that pulled off the big surprise, resisting the supposed superiority of significantly more powerful rivals in their small British car. Its faultless run over country roads and mountain passes, ice and snow, tight corners and steep gradients laid the foundations for the underdog-turned-giant-slayer to cement itself in both the hearts of the public and the annals of motor sport legend. Indeed, the classic Mini’s dominance of the Monte Carlo Rally continued over the years that followed, Hopkirk’s Finnish team-mates Timo Mäkinen and Rauno Aaltonen adding two further overall victories – in 1965 and 1967 – to the British manufacturer’s collection.