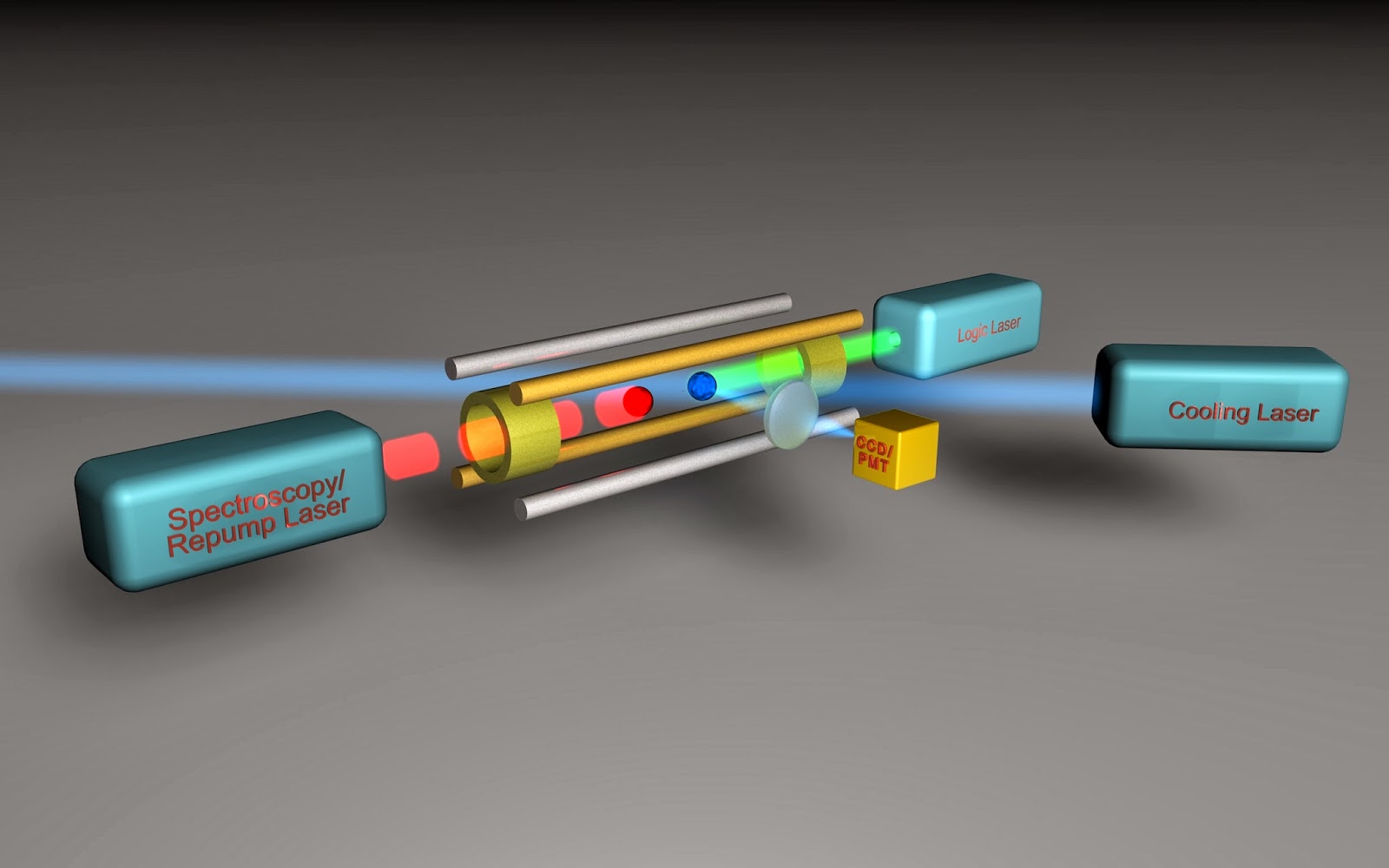 Quantum logic spectroscopy - which is closely linked with the name of the 2012 Nobel prize laureate, David J. Wineland - has been significantly extended: this new method is called "photon-recoil spectroscopy" (PRS). The potential of this method has been demonstrated by the research group led by Piet Schmidt from the QUEST Institute, which is based at the Physikalisch-Technische Bundesanstalt, together with colleagues from Leibniz University Hannover. In contrast to the original quantum logic technique, the new method enables the investigation of very fast transitions in atoms or molecules. The results have been published in the current edition of Nature Communications. With this new method, spectroscopic investigations will be possible on nearly any kind of particles. The only condition is that they absorb just a few photons from a laser beam. This not only allows extremely accurate frequency measurements, but also increases the chances of finding discrepancies in observations of a possible change in the fine-structure constant. Furthermore, numerous other applications will arise, for instance in astronomy or chemistry.