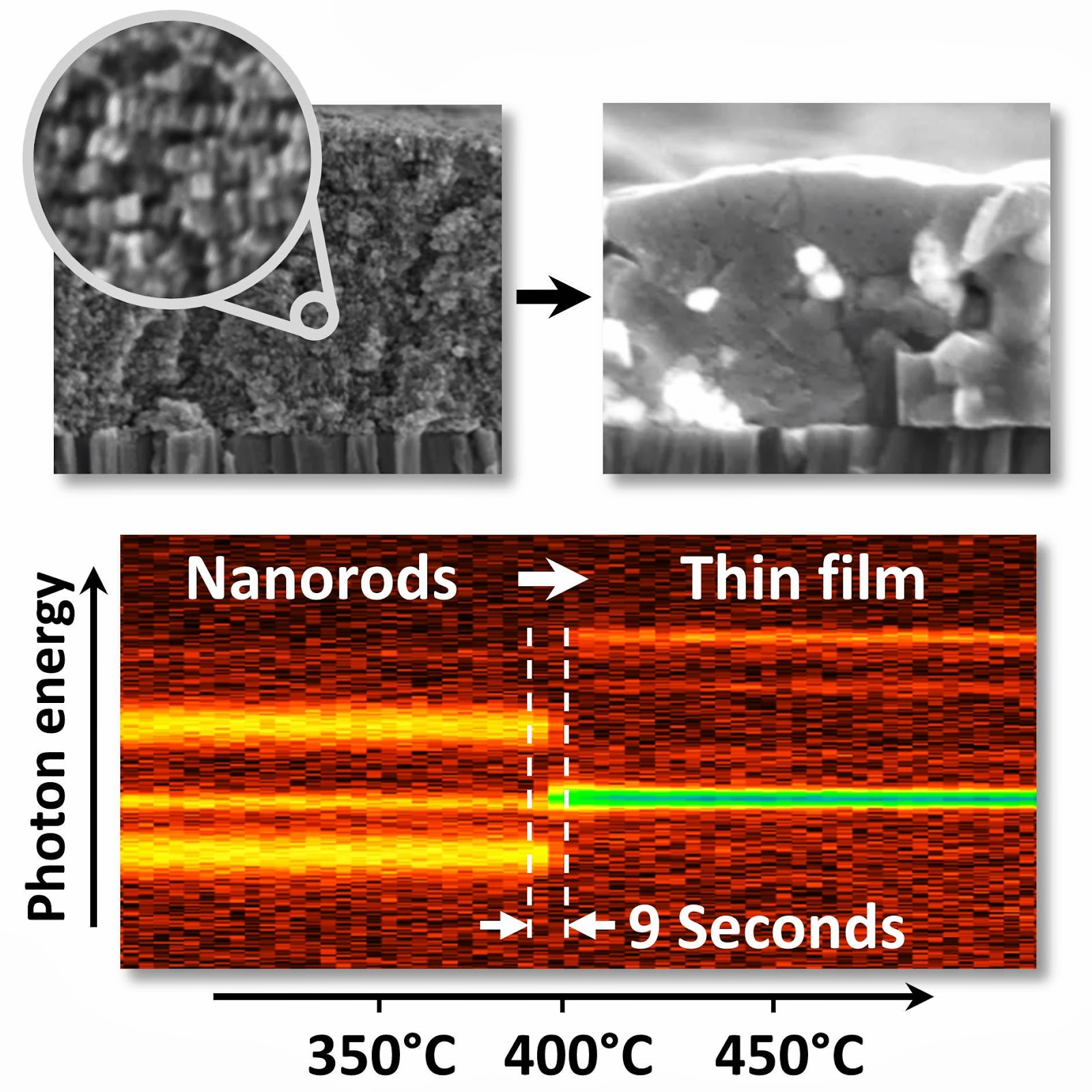 Research teams at the HZB and at the University of Limerick, Ireland, have discovered a novel solid state reaction which lets kesterite grains grow within a few seconds and at relatively low temperatures. For this reaction they exploit a transition from a metastable wurtzite compound in the form of nanorods to the more stable kesterite compound. At the EDDI Beamline at BESSY II, the scientists could observe this process in real-time when heating the sample: in a few seconds Kesterite grains formed. The size of the grains was found to depend on the heating rate. With fast heating they succeeded in producing a Kesterite thin film with near micrometer-sized crystal grains, which could be used in thin film solar cells. These findings have now been published in the journal “Nature Communications”.