This Phone Lets You Send Smells, Not Texts 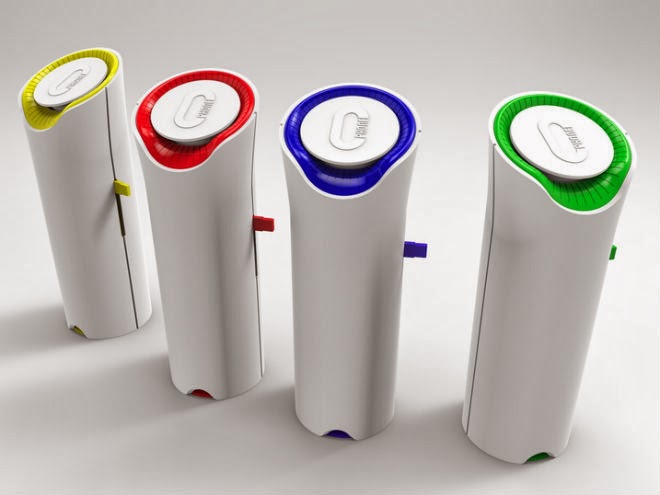 (January 21, 2014)  We have all sorts of ways to communicate with one another: text messages, emails, Gchats and, according to my sources, even phone calls. We live in a word-heavy world, and why not? A sentence, both spoken and written, is a highly efficient way to transmit a lot of information with very little time and effort. But words aren’t necessarily the best way to express every idea. Logistically speaking, verbal and written languages have cultural barriers that are sometimes insurmountable. Emotionally speaking, sometimes words just don’t do justice for what we’re trying to convey.


Full-sensory correspondence is still a long way off. We’re just now beginning to explore how powerful virtual touch could be in connecting with each other. But there’s one sense that’s been notoriously missing from the landscape: smell. “When you think about how important the olfactive is in almost every type of communication, its absence in global communication is sort of astounding,” says David Edwards.

Edwards is the always-buzzing mind behind Le Laboratoire, the Paris innovation tank and research facility that brought us Wikipearls and Le Whaf. The group’s most recent invention, the oPhone, is aiming to make olfactory communication commonplace by transmitting odors much in the same way you send text messages.