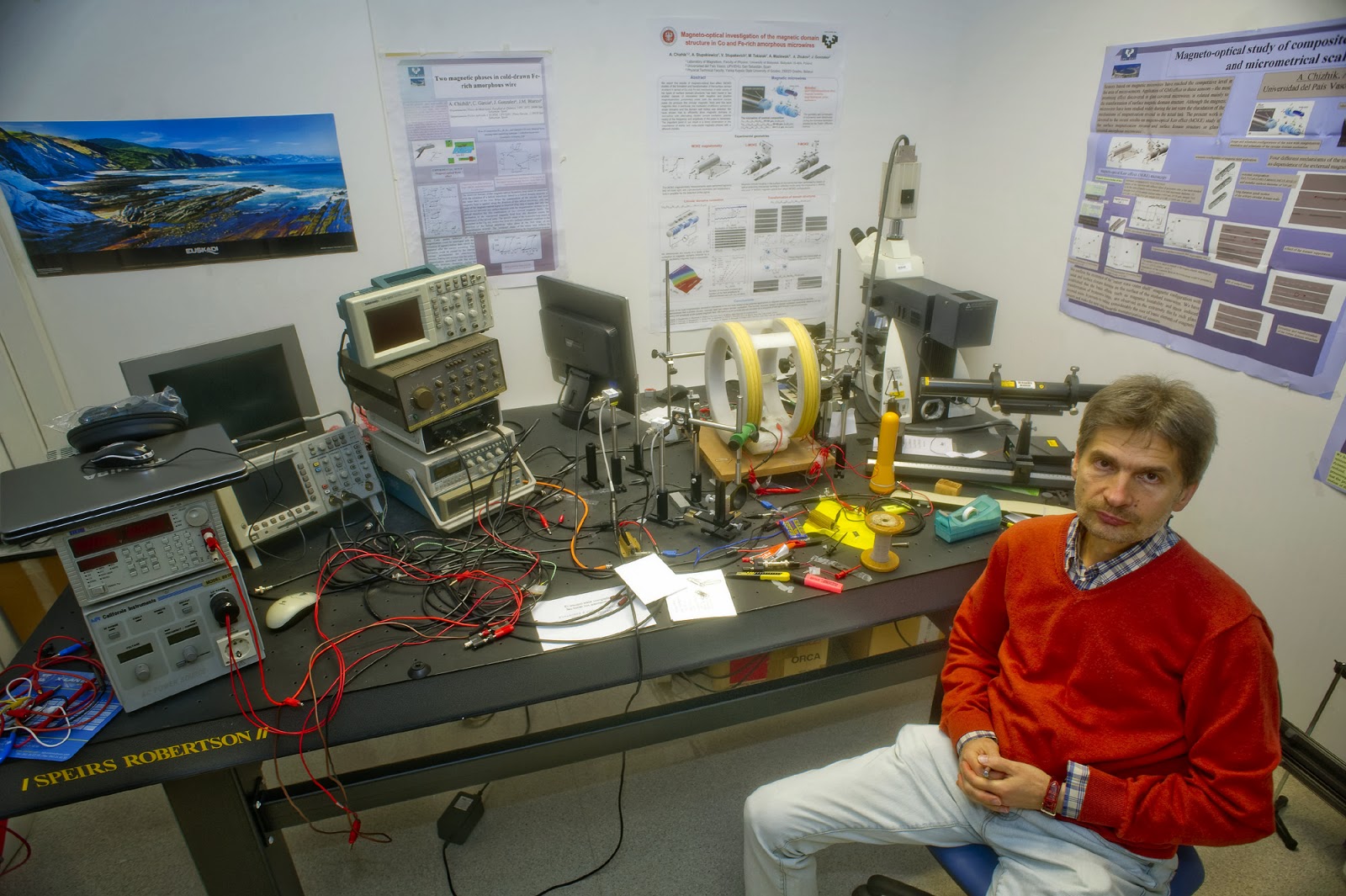 Microwires were created in the former Soviet Union for military purposes. They formed the basis of the camouflage of a model of spy plane used by the Soviet army, but for a long time the scientific community has been studying them for other purposes. A study by the UPV/EHU’s Magnetism Group is making progress in furthering understanding of the surface magnetic behaviour of glass-coated microwires and has concluded that they are the major candidates for use as high sensitivity sensors, in mobile phones, for example. The study has been published in the journal Physica B: Condensed Matter.