Samsung Retains Position as the Top Global Semiconductor Customer in 2013, According to Gartner 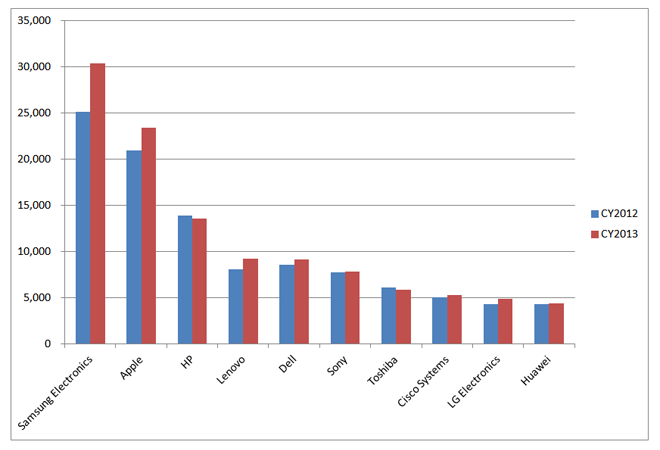