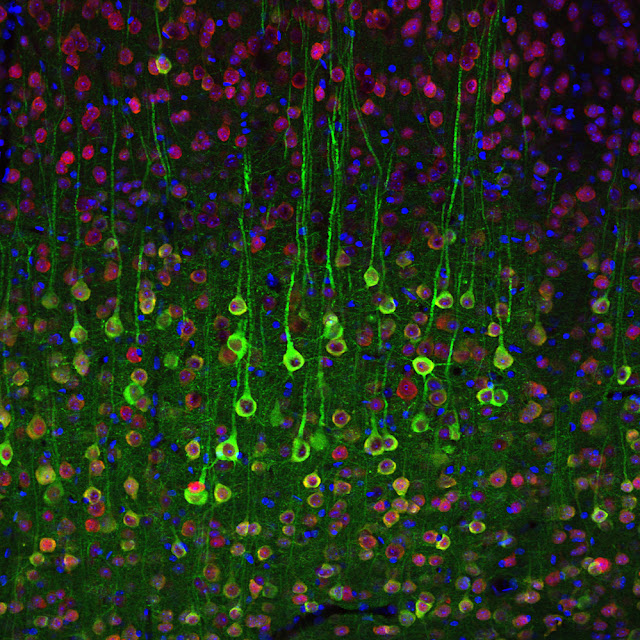 New way to image brain-cell activity could shed light on autism and other psychiatric disorders.

A team led by MIT neuroscientists has developed a way to monitor how brain cells coordinate with each other to control specific behaviors, such as initiating movement or detecting an odor.

The researchers’ new imaging technique, based on the detection of calcium ions in neurons, could help them map the brain circuits that perform such functions. It could also provide new insights into the origins of autism, obsessive-compulsive disorder and other psychiatric diseases, says Guoping Feng, senior author of a paper appearing in the Oct. 18 issue of the journal Neuron.