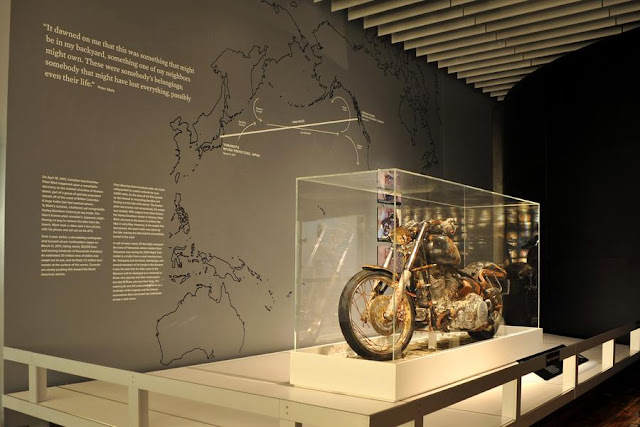 Ikuo Yokoyama’s Harley-Davidson motorcycle drifted for more than a year across the Pacific Ocean after the devastating tsunami that hit parts of northern Japan last year. It has now come to rest in Milwaukee at the Harley-Davidson Museum.

The museum on Wednesday unveiled the 2004 Harley-Davidson FXSTB Softail Night Train, recovered off the coast of British Columbia by Peter Mark. Yokoyama requested the motorcycle be displayed and preserved in its current condition as a memorial to those who died or whose lives were turned upside down by the tsunami.